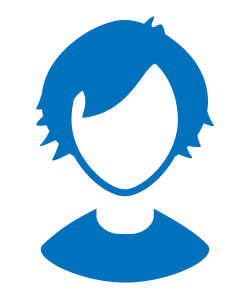 During my teen years, my free time was spent disassembling and rebuilding electronics of all kinds. I wanted to learn how they worked, and how each of the components communicated together. That led me to building my own, including circuit boards and more. While circuit boards may look intimidating, they aren't nearly as difficult to work with as you might think. I've learned a lot since I first started working with them, and decided to create this site to share what I know. My hope is that I can teach others, whether for hobby or more, to build and repair their own electronics.

It is growing more and more likely you've seen a thermal camera in use. Many businesses are turning to them for checking people's temperature before allowing them in, to try to limit the spread of Covid-19. They are also kind of ubiquitous in ghost hunting shows, so if that's a genre of show you've watched, then you've likely seen them. It may have led you to wonder — how do these cameras work?

While many of the thermal camera companies have industrial secrets, you can get a rough idea of how they work. They're not all that dissimilar with digital cameras you're more familiar with or phone cameras. In a broad generalization, most cameras have some type of sensor array or medium to capture the image and a lens through which to view it. In the case of film cameras, the film is the medium that captures the image. In the case of digital cameras, there's a device that detects light. When exposed to the light, it changes the information it's receiving into something that can be read by your phone or computer.

As the technology improves, they have steadily improved the images resolution image, though in thermal imaging that is less necessary than you might think as the lower resolution pictures may give you better data. This is because higher resolution means making the individual pixels smaller, which includes inside the camera where the microbolometers match up with pixels. This may mean that the microbolometers are less sensitive to temperature data. So the image may look a little better, but may not have the kind of accuracy in temperature. In other words, it's a bit of a trade-off.

Why would you want a higher resolution image? Well, if you use thermal cameras for detecting temperature leakage in a home, or in a pipe, you don't necessarily need to know the precise temperature of what's coming out of the pipe, you just need a better idea of where the leak is. On the flip side, if accuracy is important to you, going with a smaller resolution device may be the best solution.

To learn more, visit a thermal camera supplier near you.